‘Insomnia’ Ending, Explained: The Weird Time Glitch And The Symbol Of The Ouroboros

Sarah Pinborough’s latest novel, “Insomnia,” ends on a weird note. The mystery the novel deals with gets solved when looked at simply, but on a closer look, it creates a bigger mess than it opened in the first place. As readers, the more we think about it, the more confused we get, just like the characters themselves. And yet, it is such that we cannot altogether stop thinking about it. We’ll quickly take a look at the plot first and then move on to the ending.

Emma Bournett Averell’s 40th birthday is close, and she is afraid of losing her mind and hurting her children as her mother did. She is a reputed divorce lawyer, married to Robert Averell, who works as a stay-at-home dad and looks after their two children, Chloe, who is 17, and Will, who is 5. Patricia Bournett, the mother of Phoebe and Emma, had tried to kill the former by smothering her with a pillow. Emma was five then, and Phoebe was a bit older than her. Patricia wasn’t always like that; most of it started a few days before her birthday. She would do weird things like not sleep at all, be lost completely in space, drop eggs on the floor, mutter numbers and etch them on the door of the understairs cupboard, etc. What made her do those, and what did she think no one knew? Her close friend Nina sheds further light on this matter by telling Emma that Patricia wasn’t always like that, and there were times when she did know that whatever was happening or whatever she was doing to herself could cause harm to her children, and hence, she did think of checking herself into some facility. But before that could happen, the night of her 40th birthday had arrived, and she had committed that terrible sin for which she never quite forgave herself consciously. Both Phoebe and Emma had always been afraid of turning 40. Phoebe was so scared that she quit her job and went off to some part of Eastern Europe. Emma thought that she could handle it all, but slowly the same things started happening to her. Both she and Phoebe knew that it was coming to her because of the way Patricia would tell little Emma that it was she who had also inherited the mad blood in the family, very much like her and her great-grandmother, who were all the second children of the family. This fact about second children turning out to be crazy in their family was not known to Emma. Nina told her about it and also said how Patricia never wanted to have a second child because of the same reason, but once she did, she loved Emma the most, always being very protective of her. Emma started losing sleep, constantly checking on the locks of the doors, checking on her children, walking all around her house throughout the night, muttering the same numbers that her mother used to, along with several other things. The reason was not known to her, and no matter how hard she tried to fall asleep, she could not. Even with sleeping pills, she would remain awake the entire night, following all the ticks that she had abruptly developed in just a matter of days. After meeting Patricia in the hospital, where she got to know how she had banged her head on the mirror of her room the very night and at the very time that Emma woke up and started the same night routine as her mother’s, she became even more distressed. She was sure now that she was losing her mind too, like her mother. But the only thing she constantly felt was fear. She has a deep fear and anxiety regarding someone trying to hurt her family. A paranoia that made her do all the weird things. She became suspicious of everyone, including her sister Phoebe and her husband, Robert. She accused them of doing unimaginable things, all the while doubting herself as well. She even doubted herself for having killed her own mother or pushed her sister in front of a car, in spite of knowing well that she would never do that no matter what. Going to her mother’s facility and talking to people who knew her mother before and after the incident certainly gave her enough of an idea about who her mother really was as an individual, which in turn helped her to understand her more rather than fear her like she used to. Her acceptance of herself and her own situation while also acknowledging the fact that there could be some foul play going on made her think clearer and harder and find out the truth.

‘Insomnia’ Book: Ending Explained – The Weird Time Glitch And The Symbol Of The Ouroboros

On the night of her 40th birthday, instead of committing a sin like her mother, Emma actually managed to keep her head clear, take the necessary action, and save her family, who would have been killed in no time by Caroline, who was the daughter of the first couple who had ardently wanted to adopt Emma after the incident. Little Caroline, just like any other child, was jealous of the fact that some other child would now be receiving her parents’ attention, and she would have to share her family and her things with this other person, who wasn’t even her own sister but some random stranger. On the day that they were coming to pick up Emma, the family met a car accident, Caroline’s father passed away, and her mother became paralyzed, and Caroline had to take care of her mother after that. She ended up blaming Emma after that for all the unfortunate events that ruined her happy family. Emma knew that someone was trying to hurt her family but couldn’t figure out who. Things became crystal clear when she saw Caroline at her own home, playing her recordings to Robert, trying to wreck her already wrecked marriage, and later when she received Robert’s text stating that she must give Caroline her house keys and not threaten her. She immediately rang up Nina to ask her if a time glitch is something that is at all possible and if people can indeed experience time and things differently. She knew then that her mother wasn’t crazy but had actually been seeing the future. She was enacting all those things that would and did happen at Emma’s house that night. Patricia was living that night that her daughter and her family would experience on her daughter’s 40th birthday. The numbers that she muttered were the times when Caroline would do things. Patricia’s smothering of Phoebe was not something that she wanted to do willingly. She wasn’t herself. It was something that Caroline would do with Will. It seems that all the second children of the family had this weird thing that made them see stuff from the future. The weird images that Will kept on sketching were not something that someone told him to draw; he drew them because he kept on seeing them, and they bothered him. All three—Patricia, Emma, and Will—saw events from that one night only—the night of Emma’s 40th birthday. Later Nina tells about the ouroboros to Emma. The ancient symbol of ouroboros is actually a serpent or a dragon eating its own tail, forming a circle that shows neither beginning nor end. It is usually interpreted as an image depicting the cycle of life, death, rebirth, renewal, and the like. Nina tells Emma that the entire incident can be considered the ouroboros of beginning and end; the cause and reason cannot be found or traced. If Patricia had not lived that night, then Caroline’s parents wouldn’t have thought of adopting her, and in turn, Caroline would not have lost her parents and would not have harbored a sense of revenge for Emma. Then Emma and Will’s life would have been normal too and would have been vastly different, but Patricia lived the night so many years ago, a night which she knew awaited her daughter but her living it made it happen to her daughter. The entire thing is a circle where what caused it and who began it cannot be tracked. It’s confusing, and no one can figure it out. Trying to comprehend it would only cause much more confusion and distress and raise so many questions, the answers to which are unknown.

See more: ‘The Old Woman With The Knife’ Ending, Explained: What Happened To Hornclaw And Haeni? 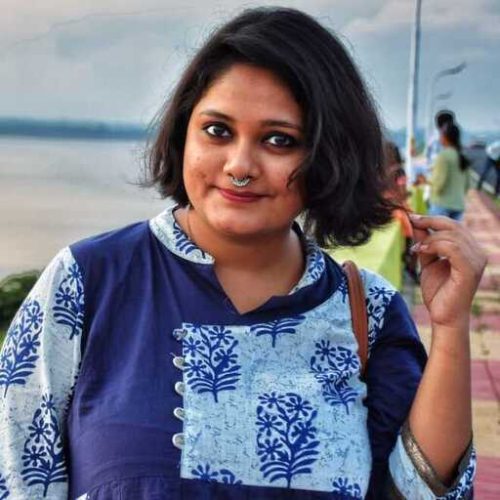