‘Daisy Darker’ Book Ending, Explained: Who Was Killing The Members Of The Darker Family?

Alice Feeney returns with another page-turning thriller, “Daisy Darker,” in which she has taken inspiration from “And then there were none” by Agatha Christie. All the elements of a good murder mystery are present in this book: unexpected turns, family secrets, and a tense atmosphere. This mystery thriller’s plot is inspired by Agatha Christie’s and then there were none, so readers who enjoy Christie’s work could enjoy this novel as well.

We are first introduced to the protagonist of the story, Daisy Darker, taking us back to her youth and the history of the Darker family. She was born with a “broken heart” into an already dysfunctional family, grew up to be an insignificant and unwanted member of the family. Her mother, Nancy, wanted a son after having two daughters, and her father, Frank, was always on the road with his band and didn’t pay much attention to either of his kids. Rose and Lily, her two older sisters, often put her in the shadows. Beatrice Darker, her grandmother, was the only person she ever truly felt comfortable confiding in. Nana, the matriarch of the family, owned Seaglass and wrote children’s books. Trixie, Lily’s fifteen-year-old daughter, was another family member Daisy loved unconditionally.

In the first scene, the Darker clan gathers at their Seaglass house to celebrate Nana’s eightieth birthday. Soon, all the Darker sisters’ childhood crush and a permanent member of the Darker family, Conor Kennedy, joined them. The author does a wonderful job of creating a convincing environment and plot by having the family arrive home late at night amid heavy rain and thunder on a deserted island with a gothic-looking dilapidated mansion. Once the whole gang showed up, the tide came in and nobody could get out. After the uncomfortable family dinner and the reading of Nana’s will, everyone retreated to their respective corners of the house in an effort to wait out the evening until they could finally move on with their own lives. On the other hand, at the stroke of midnight, Nana was discovered dead in the kitchen, with her part scratched out of a poem written for the rest of the Darker family. Soon after, another member of the family disappeared and was found murdered, and nobody was to blame but themselves. As the story develops, the survivors attempt to rescue themselves while reminiscing about the past captured in some of the home movie cassettes.

‘Daisy Darker’ Book Ending Explained: Who Was The Killer?

As all the members invited for the birthday party get eliminated each hour, fear and tension increase among the ones still living. Towards the end, it is revealed that Trixie, with the help of Nana (who faked her death), murdered the rest of the family members one by one because of what happened the night Daisy died. Trixie reveals that Daisy had already died on Halloween night 16 years ago when she got hit by Conor’s car. In a drunken state, Conor mistakenly runs over Daisy. When he, Lily, and Rose came to the conclusion that she was already dead, they hurled her off the cliff without seeking medical attention or informing anybody of their horrific conduct, justifying their heinous act on the fact that she is anyways going to die because of her broken heart. Just before she’s about to plunge into the sea, her heart starts beating again, and they realize they were wrong about her being dead. Because Trixie has the same heart issue as her aunt, she has always been able to see her. And the present Daisy is just a manifestation of her thirteen-year-old self who died that night. Nana and Trixie, wanted to take revenge for what the family members did to Daisy all those years ago. They thought that killing the members responsible for her death on the same Halloween night can liberate the soul of Daisy that might have got trapped due to being dying on a Halloween night. In addition to that, both Nancy and Frank knew about the murder but didn’t tell anyone to save their daughters, Lily and Rose. Trixie was also mad at her mother, Lily, for treating her the same way Nancy treated Daisy, for being born with a broken heart.

The story ends with Daisy starting to write her own story, which could free her soul from the world. Like the readers, she is also in a dilemma if what Nana and Trixie did was right and justifiable. She always looked up to her Nana, because she said and did everything the right way, but she was confused if taking the life of your own family members was the right way to take revenge. Soon after revealing the secrets, Nana dies by drinking the poisonous tea, to free herself from the burden of killing her own family.

The supernatural twist at the end of “Daisy Darker,” may be a letdown for some readers as it steals a bit of realism from the story. Daisy’s character arc is compellingly handled across the book’s many flashback chapters, but more of the book’s secondary characters could have benefited from similar treatment. But nevertheless, if you enjoy suspense thrillers, “Daisy Darker” is one you shouldn’t miss. It’s safe to say that this book is a page-turner, keeping readers engrossed right up to the final pages. 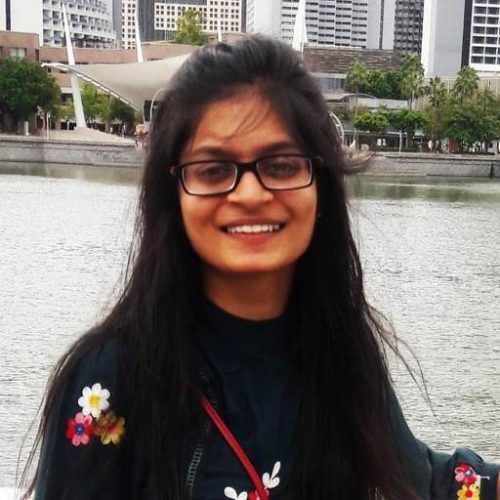