‘Killers Of The Flower Moon: The Osage Murders And The Birth Of The FBI’ Book Review

David Grann’s latest literary production, “Killers of the Flower Moon: Oil, Money, Murder, and the Birth of the FBI,” is an eye-opening account of the age-old prejudice that has been plaguing America forever: racism. A Sunday Times bestseller, Grann’s book is a well-researched documentation of the intense depravity and loss suffered by the Osage Indians in the 1920s in Oklahoma. But what makes “Killers of the Flower Moon” a compelling read is its ability to transcend a mere historical chronicle of racism, conspiracy, injustice, and avarice into a story of compassion and humanity, or the lack thereof. Grann’s story might be a tale detailing an event in the past, but it is a story that holds strong ground even in today’s time.

The book begins with cataloging the series of mysterious killings which had begun in the Osage territory of Oklahoma in the year 1921. Grann starts off by focusing on one Osage family and their mysterious deaths. The first was Minnie Smith, who had supposedly died of a ‘wasting illness’, and the second was Anna Brown, who was shot in the head and was classified as a homicidal killing. Lizzie Kyle, the mother of the two sisters, was the third to die of a similar ‘wasting illness’ as her daughter. Next in line was Rita Smith, who faced her death along with her husband, in their house, in a bomb blast. The only living person in the family was Mollie Burkhart, and even she thought her life was in danger and sent a message to the priest saying so. However, this tragic fate was not limited to one Osage Indian family; the killings soon grew in number. The list of victims included Charles Whitehorn, Joe Bates, Henry Roan, and others, each suffering ambiguous deaths while the causes ranged from being shot, poisoned, or drugged.

It was no longer mere speculation that it was the untold wealth of the Osage Indians that was the driving force behind the odd killings of the Native Americans. In the 1920s, the Osage Indians were one of the wealthiest people in the world. The tribe had been displaced from their ancestral land in Kansas to the ‘worthless reservations’ in Oklahoma, only to ironically discover decades later that they had been resting on ‘some of the largest oil deposits in the United States. However, with the Osage Indians accumulating wealth, it was only a matter of time before the white supremacists displayed their outrage. Newspapers openly flashed racist headlines, calling them “plutocratic Osage” and “wild” Indians. The avarice towards the exotic “Other” was openly flaunted. Therefore, their riches were not only of interest to robbers or gang members but also to the government of the United States, which blatantly claimed that the Osage Indians were incapable of handling their economy.

Therefore conspiracy theories surrounding these methodical killings included everyone, from the men of law to government officials. The cries for help from the Osage tribe remained unheard as the private investigators and the county sheriffs failed to make any advancement in the case. The “Reign of Terror” and the “Black Curse” continued in Osage County until the FBI had to intervene. The professional ambitions of director Edgar Hoover made him assign the case to Tom White. It was under them that the first FBI was seen in action, and despite the innumerable shortcomings and politics within the bureau, the agents worked towards putting a stop to the ongoing inhumanity in action. Besides providing an overview of the history of the Osage Indians and the systematic oppression they have faced, David Grann also observes and traces the history and culture of investigation, which ultimately led to the formation of the FBI. And as White and Hoover analytically try to unravel the grand scheme at play, the layers of pretense and conspiracy begin to fall off.

“Killers of the Flower Moon: Oil, Money, Murder, and the Birth of the FBI,” undoubtedly one of the best works in the true crime (non-fiction) genre, is also a prime example of literary journalism. David Grann has produced a meticulous inquiry into the lives of the indigenous people and the organized racism, exploitation, atrocities, and ultimate injustice that they have faced. Finally, Grann does not limit his journalism to the existing documented facts; he himself participates in the investigation and tries to shed light on the undiscovered facts of the Osage murders, thus subtly critiquing the FBI and, at large, the inconsistency and negligence of the US government.

Grann’s book includes ethnography, anthropology, history, culture, race, and identity; it also includes murder, suspense, conspiracy, and the rise of the FBI, but above all, it comes across as a revelation. It educates and informs the readers about the oppression faced by the indigenous tribes, which has been eradicated from American history. It urges the readers to question how such events at the turn of the century have affected the years to come. Therefore, while certain sections of the book might come across as slow-paced and overtly detailed, the sheer grit and ambition of “Killers of the Flower Moon: Oil, Money, Murder, and the Birth of the FBI” make it worth a read.

See more: ‘The Old Woman With The Knife’ Book Review: A Fast-Paced Thriller That Follows A 65-Year-Old Woman Assassin 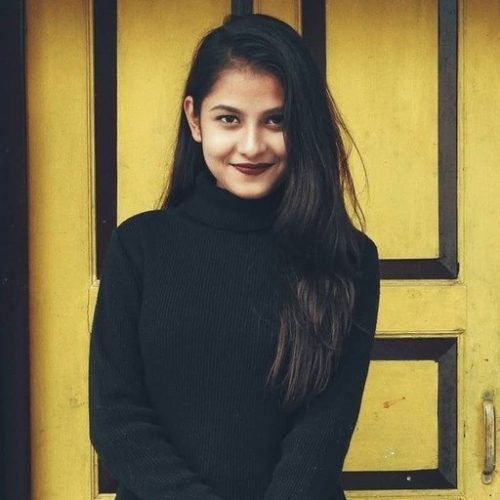