‘It Starts With Us’ Book Review: A Gratuitous Sequel And Perhaps My Last Hoover Novel

The first Colleen Hoover novel I picked up was “Verity.” It had conflicting opinions on Goodreads and quite a bit of criticism about graphic child abuse. But the smoky, mysterious cover and the riveting wife and mother, nothing like her name, captivated me. Since then, my rendezvous with the author of “It Starts With Us” has been on a rickety slope.

Hoover’s ‘Slammed’ series was stereotypically puppy-love-filled and overflowed with long, almost oppressive poems. But “It Ends With Us” was a far more mature take on the abusive relationship between Lily and her now ex-husband, Ryle. So, naturally, when I picked up “It Starts With Us,” I expected a deeper insight into the characters and perhaps some growth as both navigate co-parenting as a divorced couple. The book also promised to be a thrilling, passionate rekindling of the romance between Lily and Atlas, the boy she first met and fell in love with as a teenager. I am disappointed to say that the novel failed me on all these counts.

“It Starts With Us” doesn’t take any missteps in continuing from where the first book ended. Lily and Ryle are now divorced; she left him after several instances of physical abuse. She was an eyewitness to her parents’ toxic marriage. Lily doesn’t have the remotest desire to give Ryle another chance, especially now that her little daughter, Emerson, is in the picture. They have a custody arrangement that allows Ryle time with his daughter, but Lily is holding back on all-nighters.

Somewhere in the background in sprawling Boston is Atlas, now a moderately famous restaurateur and a far cry from the homeless teenager Lily had once helped. When Lily and Atlas meet again after all these years, the sparks don’t take too long to fly. What does take a long time—oh, painfully so—is their dating progress. The reunited couple decides to take things slow so Lily can break the news to her abusive husband without getting backlash. She must also wrap her head around what this changed reality implies for her daughter. Now, I understand her reasoning; I do. But I don’t take kindly to endless pages about slow-motion dates, cheesy love letters, and Ellen Degeneres diary entries.

Most of the paperback focuses on trite questions that are somehow all-important: to kiss or not to kiss? How about making love? Should we move in, and what should the timeline be? It might seem like routine stuff for a romance novel but wait—this book wasn’t supposed to be just another run-of-the-mill love story with flowers on the cover. At least, I didn’t expect it to be one after the impressive take on destructive relationships that Hoover pulled off in her previous work.

We get some insight into Atlas: his motivations to become a chef, his lasting love for Lily over the years, and his relationship with his parents. There is a subplot about his estranged brother, Josh, whom Atlas rescues from their good-for-nothing mother. Their conversations—particularly the ones that also include Theo, the son of Atlas’s colleague—brings some humor into the experience.

While we are on character development, I have massive qualms about Ryle and his utter lack of growth. While a tendency to control your partner with gaslighting and violence doesn’t get easily repaired, shouldn’t he have been encouraged to try anger management or therapy? What are his concerned sister and brother-in-law doing about it – or have they just given up entirely? Ryle’s appearances throughout the book seem forced; his interactions with Atlas and even the arguments and violence are tepid. I found myself seriously wanting motivation to turn the pages. I know it was a wish-fulfillment read where the lovers were always going to end up together—the title “It Starts With Us” couldn’t have given more away. But I still feel a book needs an anchor to keep the reader hooked.

There are no surprises in how this 320-page novel culminates, and—this isn’t a spoiler—Lily and Atlas’s happy ending is nice and comfortable. Loose ends get tied and promises get made. A few would-be steamy lovemaking sessions celebrate their romance. Creepy ex-husbands and selfish parents conveniently disappear into the background.

To be fair to the beloved author, she did say she wrote the sequel based on reader feedback. “It Ends With Us” was loved by millions of people who wished to spend more time with the lead characters. The premise was cozy and snug: give Lily and Atlas comfort in togetherness to alleviate their former mistreatment at the hands of loved ones. Perhaps, reader-gratification isn’t always the best way forward. But then again, we are talking about a book that sold 800,000 copies on its release date. All I am saying is this: I am taking a break from Colleen Hoover’s novels. 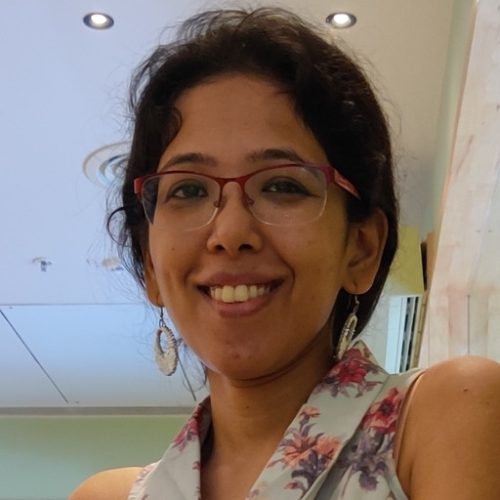